I know…  I’m getting sick of myself too!  I SWEAR I’m going to be doing other blogs besides these where I’m accepting awards!  Geesh..  But here’s the thing, I feel that if someone I care about, takes the time to show me love, I’m going to show it right back and pass it around a little 🙂  Here’s a BRAND NEW award that just started floating around WordPress today!  And…  my very dear friend Shaun (Praying for one day) started it!  How cool is THAT?  So I made the list for the very first set of people to receive this award?  Now THAT’S what I call epic!  Thanks Shaun 🙂

Here’s what he says about this award:

“This is an award for everyone who is part of the “Word Press Family” I start this award on the basis that the WordPress family has taken me in, and showed me love and a caring side only WordPress can. The way people take a second to be nice, to answer a question and not make things a competition amazes me here. I know I have been given many awards, but I wanted to leave my own legacy on here by creating my own award, as many have done before. This represents “Family” we never meet, but are there for us as family. It is my honour to start this award”

1. Display the award logo on your blog.

2. Link back to the person who nominated you.

3. Nominate 10 others you see as having an impact on your wordpress experience and family

4. Let your 10 Family members know you have awarded them

5. That is it. Just please pick 10 people that have taken you as  a friend, and spread the love

So all I have to do is nominate 10 people?  No answering questions?  No coming up with new questions?  No stating 10 not so fun facts about me?  lmbo  PERFECT!  Here are my 10 wp family members 🙂

There are so many more that make up my family but I think they all may be tired of me tagging them and making them have to answer me.  YOU all might be too but I wanted to acknowledge you and how much you mean to me!  As always, NONE of you have to play.  Don’t feel obligated.  But really, all you’d have to do is pass this along to 10 other people, so in other words, I don’t feel TOO terribly guilty about making you feel like you have to do this!  lol  Seriously, it’s that simple!

Thanks to my good buddy Shaun, I’m being kept in awards that should take me till next year to complete!  lol  I wish I really was as awesome as he thinks I am but you know?  I’ll TAKE this compliment and run before he decides to take it back!  Anyway, if you guys are looking for an intelligent, athletic, loving, caring and insightful Scottish friend, you HAVE to go check his blog out!  http://prayingforoneday.wordpress.com/about/

So the rules are as follows:  Post a picture of the award on your blog, post 10 EPIC fun facts that you haven’t already told about yourself AND nominate 10 people for this EPIC award!  Simple as that 🙂

I just was to say that I’m going to nominate 10 people but I realize that some may be too busy to participate.  NO PRESSURE.  Juts know that I’m thinking of you and appreciate you but you don’t have to play if you don’t want:-)

Now 10 EPIC facts about me (probably not TOO epic but here goes..)

2.  I’ve had 9 miscarriages in my life time.  The last babies I lost in 2002 were twins.  AFTER all the devastation, they found out that I had a condition called Factor V (5) – a blood clotting condition that caused a blood clot to form at the placenta, causing my babies to starve to death.  This could have been corrected by taking blood thinners.  It is a COMPLETE miracle that I was able to carry 3 babies to term.  Makes me wonder what great things they were born to do because according to medical science, they should not be here.

3.  I’ve lived in the same house since 1989.  I won’t move because I hate moving and I promised my girls I’d never let their home go to someone else besides them.  In the even of my death, my husband and I have decided to give it to all of the girls and let them do with it what they will.

4.  My aunt was more of a mother to me than my own mother was.  When I was 14, I moved in with her and she taught me how to cook and how to do other girl things.  She cared and showed me love.  She was a clothing designer and used to give me all of her models clothes.  Because of this, I was voted “Best Dressed” during my senior year in High School. Here’s a picture of my Aunt who is now battling Parkinson’s and Althzeihmers.

5.  Like many in my family, I was born with a “gift”.  That’s what the older women in my family call it, anyway.  I see things in my dreams and they come true.  I am almost always able to tell when someone is about to die or if they have died because I’l see it in my dream OR smell “funeral flowers” in my sleep.  It’s a HORRIBLE sweet, sickly smell like when you go into a funeral home and smell all the horrid funeral arrangements?  I also just know things.  A wee bit psychic.

6.  I married my FIRST husband because my mother convinced me that nobody else would ever want me.  I had a baby and she told me that I would never be able to provide for that child in the fashion that was necessary and who else would want me besides the man who married me?  I knew I didn’t love him and I’m SO sorry and ashamed that I put him through all I did based on the unkind words of my mother.  I hope he’s doing well.

7.  My uncle breeds and races Thoroughbred’s and is very successful.  He’s nearly 80 now and would like to give me a Mare that goes into “Secretariat” on both sides of her pedigree (assuming I can stay well enough to take care of her).  Disney made a movie based on her life and my uncle knows how much I’m in awe of her story!  Here’s a picture of Secretariat:

8.  I grew up in the automotive repair industry and learned more about cars and the way they run than most men know.  I learned to run a business that was male dominated and earned the respect of these men.  I had to fight my way to the top and I enjoyed the ride 🙂 It’s good to have the respect of men who started out NOT wanting to have to deal with me simply because I’m a woman and they didn’t think I’d understand their world.

9.  I used to love to race cars.  My dad taught all of us kids how to drive and how to race extremely fast cars.  I also had to learn how to put an engine together.  The last engine I helped my dad build was a Pontiac 455 big block.  Awesome 🙂 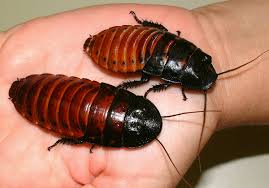 Now for the people I’m nominating!

Sorry, I don’t have time to tell you more about the awesome people I’ve chosen but you’ll find out if you click on their site, I promise!  Have a BEAUTIFUL day an be sure and let me know if you decide to take your awards so I can come and see what you wrote!