During my stay in Columbia, waiting for my Dad to recover from surgery, the step mom and I were able to get away and have dinner at Cracker Barrel.  I’m not a HUGE fan of their food but I DO love to shop in their little country store!  lol  I know, by now, I’ve GOT to be boring you with all my bragging about the large collection of cookbooks I’ve acquired through the years, but they make me happy so I purchased just “1 more”.  You’ve also heard me mention, on more than one occasion, my adoration of the great Southern Lady, Paula Deen.  It’s strange that I’ve never owned one of HER cookbooks.  I fixed that though, this weekend!  I purchased, Paula Deen’s Southern Cooking Bible published by Simon and Schuster.  This reads like a book with all her stories.  The recipes are easy to follow and I love hearing about her Southern life!  I HIGHLY recommend purchasing this book, if you’re in to that sort of thing 😉

So yesterday, Sunday, was my first day back home and, once again, I didn’t feel like cooking but necessity called. I had 3 chicken breasts in the freezer and not much else.  I also had a friend and her 20 year old son spending the day with us.  Bryar, the 20 year old, doesn’t like a lot of “different” food and he won’t even try many people’s cooking.  I guess I should feel blessed because MY cooking is something he’ll at least TRY.  lol  This recipe was a complete hit with everybody, even Bryar.  He told me that I didn’t make NEARLY enough!  I was thrilled to be able to stretch 3 chicken breasts enough to feed 5 of us!  The great Paula Deen came through for me once more 🙂  God, I love that lady!  lol

Here’s what I made: 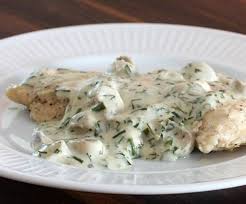 salt and pepper to taste

*Recipe as written will serve 4 people.  It’s intended for use with leftover chicken but I had to triple the recipe and STILL didn’t have enough to serve 5 of us.  I served this over rice.  It was so good they couldn’t stop eating!  lol

Good Morning!  How was your weekend?  Hopefully bright and sunshiny!  I had a strange weekend with Dad.  He made it through surgery and they were able to stretch his “severely” constricted aortic valve.  It took two tries but once they got it, they REALLY got it.  From what the heart surgeons explained, the aortic valve, once constricted usually goes from severely bad to a smaller degree of severely bad (after they stretch it).  Dad’s went from severely bad to just bad.  Doesn’t sound promising but according to the surgeons, it is.  The outcome was far better than they’d hoped for.  This should hold him for anywhere from 2 weeks to a year.  They’re hoping for it to hold until May, when they have his valve replacement scheduled.

Dad won’t follow orders.  They have him on a heart healthy diet and he laughs and calls it “dog food”.  He screams at them saying they’re trying to poison him with their salad and refried beans.  He’s used to steaks and potatoes with all the salt his taste buds can handle. He’s also ordered to take a specific type of medicine which will keep the blood flowing through his valve and new stents.  He won’t take that either because it makes him feel like he can’t breathe.  They explained to him that he runs the risk of stroke or a heart attack and death and he tells them that if they’re so worried about it, THEY should take the medicine.  As crazy as it sounds, he was a mess the day he left and it was as if they had him so sedated, he couldn’t even walk on is own.  I had to wheel his 350 lb body out of that hospital and that’s just not Dad.  He’s lazy, yes, but he can usually walk.  I told them that I think he’s right about the medicine because every time they’ve put him on something like this, he’s impossible.  Calling me all hours of the night saying he can’t breathe and is in and out of sleep all through the day.  They’re not much interested in what I have to say though.

Soooo, I sat Dad down and told him that it’s HIS choice whether or not he takes this medicine.  He just needed to reassure me that he understood what may very well happen to him.  We talked about what he wanted us to do in the case of his having a stroke.  NOT a conversation I wanted to have with my Dad.  However, I believe that quality of life is FAR more important than quantity of life.  If he’s going to have to live life in a fog and not really coherent, that’s NOT living.  I agree that he shouldn’t take the medicine if he feels his quality of life is being jeopardized.  I had the pharmacist tell me about the side affects and she said that studies have shown that 30% of all patients who take this medicine complain of not breathing and being in a drugged stupor. 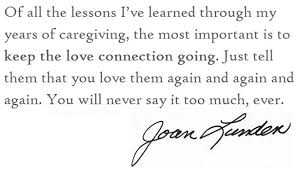 Aside from the fights about the food and the medicine, Dad cursed the nurses all night long.  I had to slap his hand and tell him (with clinched teeth) to “Knock his mouth off” or I’d leave and let the nurses abuse him.  He was tied down anyway.  lol  You’d have to know him to know how ironic this is.  He’s someone used to ALWAYS being in control and he’s not a respecter of women and has always been racist.  No, I’m not proud of this and it’s shaming. But I laugh because, now, he has a nurse from Nigeria who barely speaks English.  I DID end up leaving him alone all night with only his Nigerian nurse to take care of him.  I hope she let him have it!  She was so kind though, I’m sure she took care of him professionally.  I don’t know how these nurses do it.  I really don’t.  They tell me he cursed her all night (of COURSE using racial slurs) and shouted like a mad man because she wouldn’t untie him like he wanted to be.  They HAD to tie him down though because of the recent incision in his artery.  If this artery starts bleeding, he could have bled to death.  It seemed like I spent the better part of the weekend apologizing for his behavior.  The Nigerian nurse was kind to everybody but seemed to give me the cold shoulder.  She asked me if anyone ever told me how much I looked like my dad.  I wonder if this is why she didn’t warm up to me?  Or maybe I’m paranoid because I’ve heard this all my life from my mom.  Mom’s told me more times than I can count, how she can’t look at me because I remind her of my father.  I’d love to believe that I’m not guilty by association but even nurses are human and she’d probably had ENOUGH of my dad but couldn’t do anything about it because she’s a professional.

Ah well, he’s home now and all the praying we did worked for now.  Despite his meanness, sometimes, he’s a likable guy.  Everyone who knows him would LOVE to hate him because he’s rude and he’s mean and he’s SO SO SO self centered.  BUT, then the generous, funny and loving side comes shining through right when we think we’re done with him.  I know I’ll never really be done with him.  Like I said, he’s my dad and he’s the only parent that’s ever shown me love.  While he was at the WORST part of his stay, in the most pain, he grabbed me by the hand and pulled me down to hear what he had to say.  He could barely whisper but I heard him say “I sure do appreciate you Michelle.  You’re my baby girl and you’ve always been my favorite”.  How could I not love that big lug of a man?  Ashamed of his behavior, yes.  The good news is that when he’s not in pain and incapacitated, he’s not AS rude to people.

The bright side of the weekend was seeing so many people come into my dad’s room to hug him or shake his hand and thank him for his service to our country.  The surgery was performed at the Harry Truman Veteran’s Hospital in Columbia MO.  Nothing about it screams “state of the art” and at first I was afraid for him to be there.  I changed my mind once I saw how much respect and love all the workers had for these old veterans.  I left with a sense of pride and thankfulness for this man, my dad, who gave his time to protect our great country.  BTW…  he learned to be so mean while he was serving in the navy on that aircraft carrier.  I guess you had to fight or die, from the way he tells the story.  Thank all of you for saying a prayer for my dad.  Remember to thank a veteran if you appreciate your freedom 😉  They never get tired of hearing that they’re appreciated and Lord knows they deserve our acknowledgement.  God Bless!

Esme’ getting lost in the detail. Who care’s about the cookies when you can have cookie dough, right?

“To create something exceptional, your mind must be relentlessly focused on the smallest detail”
Giorgio Armani